The Halo series has been around for a while now. It’s competitive, but fun multiplayer has crept itself into many of our gaming hours over the years. Halo 5 released on October 27th, 2015 and it’s multiplayer offered the usual game modes such as Capture the Flag, Slayer and Planting bombs. However, it lacked fan favorites such as Griffball, Big Team Slayer, and Zombie modes to name a few. It had half the maps that it currently has now. I soon tired myself out playing the same maps and modes spanning 50+ hours of gameplay. However, developer 343 Industries promised to offer these modes and more maps for one year all free of charge. It totally changed the game for me since. It has got bigger and better just like its predecessors.

Do not take this frantic multiplayer lightly as a casual pickup-and-play game. It will eat away your day without realizing. Halo 5 is no different in this sense.

“At the end of the game, the king and the pawn go into the same box.”
– Cortana’s first words

General movement aiming down sight and shooting are all there, but it is abundantly clear from the start that the game is different. Halo 5 features Spartan abilities designed to give players enhanced mobility. Abilities such as Ground Pound allow you to pound the ground with extreme force from mid-air, or how about Infinity Sprint? These abilities are available to all players and add different dynamics in the battlefield for this epic multiplayer game. 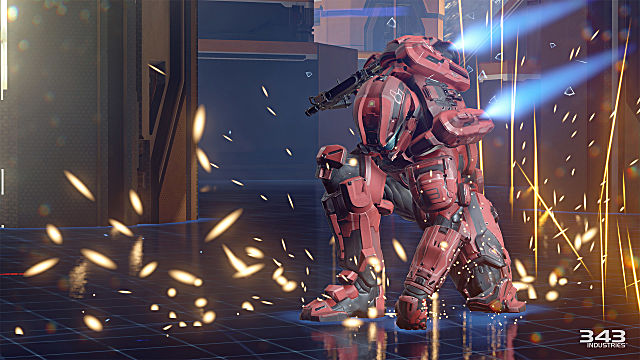 Prev1 of 8Next
Click Side arrows to view the slides