The world’s most Eco Friendly Hotel 🙂

The world is full of boutique hotels but according to the people behind the Boutique Hotel Awards, one is the best in the world. A hotel called Secret Bay on the island of Dominica in the West Indies was named the top boutique hotel after being evaluating against 400 other properties.

The hotel is actually a colony of eco-friendly villas on the remote island. According to Edward Gabbai, the awards director of the Boutique Hotel Awards, this venue was a cut above the rest thanks to its “exquisite rooms and warm-hearted service.”

Guests at the island hotel can swim in sea caves, lounge at the pool or on white sand beaches, or even hike through rainforest reserves.

The hotels’ two person villas will cost you upwards of $1,000 a night, but when it comes to the best in the world, you’ve got to be prepared to pay. 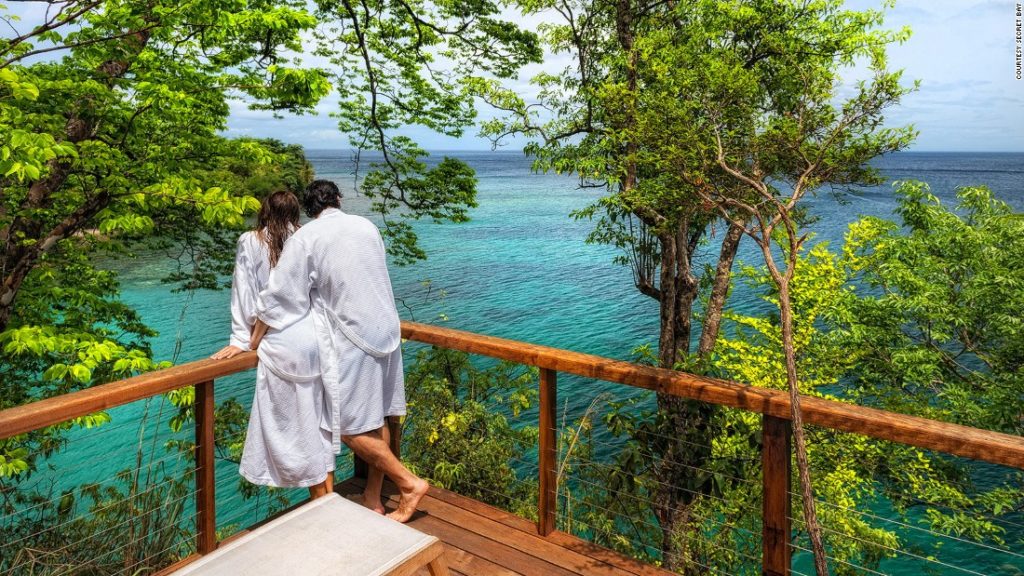 This Boutique Hotel Has Been Named the Best in the World