In today’s fast-paced world where technology has become synonymous with everyday life, there’s nothing quite like thinking back on simpler times — reminiscing about consoles with cables, blowing into game cartridges to make them “work” again, bandaging blistered thumbs, and spending way too much on batteries.

It’s hard to say if these iconic games would still spark the same joy they did in the 1990s or if hours would be lost to playing them each day as was the case 20 years ago. However, one thing is certain. There are still some seriously diehard fans out there who refuse to live a life without blocky graphics, dinosaur eggs, and the sweet sound of Mario Bros. theme music. 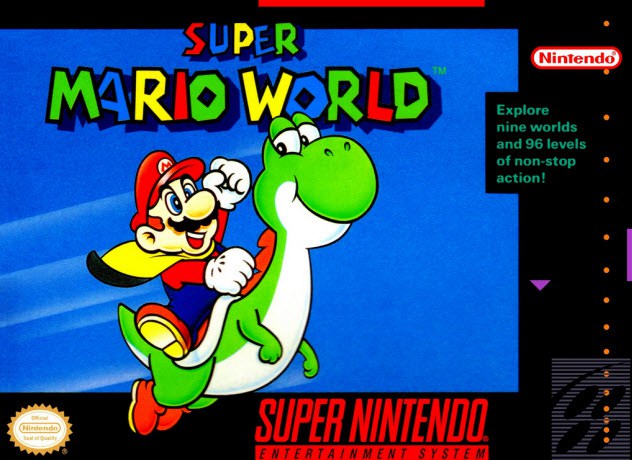 Mario and Luigi worked hard in their quest to save the Mushroom Kingdom from Bowser, but alas, their work was not done! The pair was destined for even more greatness with help from their dinosaur pal, Yoshi. So the three set off to rescue the recently kidnapped Princess Toadstool and once again bring peace and order to Dinosaur Land. Sound familiar? Chances are you or someone you know was majorly into this game in the ’90s.

From the iconic music to the kick-ass 2-D graphics, Super Mario World hooked fans almost immediately. The power-ups like Super Mushrooms, Fire Flowers, and Cape Feathers had players mad with excitement, and the constant acquisition of coins left many with sore thumbs.

It’s no surprise that this beloved game sold over 20 million copies. The game grew so much in popularity that an animated TV show called The New Super Mario World was created based on the plot of the game. Unlike the video game, which left a long legacy, the show only ran for one season.